Several years ago, Tim McIntosh gave a commencement address comparing the journey of a Gutenberg student to a voyage at sea toward a distant and unknown harbor. Students gather at orientation, unsure of themselves and their shipmates. They embark on discussions and readings for which they have no context and little skill. But they continue anyway. After two years and a panel of two-year exams, the fog lifts and they see the horizon. They know the harbor they seek, and they seek it with focus and determination—until finally they arrive. Tonight is that arrival.

Vincent Van Gogh wrote, “The fishermen know that the sea is dangerous and the storm terrible, but they have never found these dangers sufficient reason for remaining ashore.”

The danger that students confront at Gutenberg is change. Striving, becoming, struggling. When I embarked as a freshman in 2015, I kind of knew what I was in for. But not really. I have changed drastically in the course of this voyage—in ways I could not have predicted. This personal arrival could not have happened without the tutors and classmates I have had working alongside me at Gutenberg.

Arrival means accomplishing this academic labor on top of the intense personal growth and struggle that this curriculum both produces and demands. Four years here have taught me that there is value in the struggle itself. To continue on in the face of despair requires great strength of heart.

The fishermen know that the sea is dangerous and the storm terrible, but they have never found these dangers sufficient reason for remaining ashore.

Now, no Gutenberger can use a quote like this in good conscience without considering whether she has taken it out of context. With my fine exegesis skills, courtesy of Ron Julian, I sense that this quote is not really about fishermen but is meant to be applied analogously to other life situations. The context confirms this.

Van Gogh wrote many letters to his brother, who was supporting him at the time. Van Gogh was poor and in love. He wanted to marry a prostitute whom he had saved—along with her child—from the streets. Van Gogh tells his brother that both he and his intended are familiar with poverty, its advantages and disadvantages. To underscore that point, Van Gogh writes,

Despite poverty, we’ll take the chance. The fishermen know that the sea is dangerous and the storm terrible, but they have never found these dangers sufficient reason for remaining ashore. They leave that wisdom to those to whom it appeals. When the storm comes—when night falls—what’s worse: the danger or the fear of danger? Give me reality, the danger itself.

Those on the shore stay there for fear of danger, while the fishermen engage the danger itself—or go out in spite of it. This is less a statement of the fishermen’s bravery than of their desire to dwell in the shadow of the ultimate. They disregard the storm for the sake of doing what they were made to do.

The dangers confronting Gutenberg students are, many of them, merely the growing pains of adulthood, which will be experienced by all our peers at some point. But I think Gutenberg allows us to encounter these dangers earlier, to strive with them, to pass through them, and to continue doing what we were made for.

Gutenberg has equipped us to go through our lives as thinkers. All the alumni I’ve met live their lives thoughtfully. Everyday life routinely raises questions like these: What is man? How does communication work? What is my responsibility to my neighbor? Life poses these questions to everyone, but you have to choose to interact with them. I have consistently seen Gutenbergers making that choice. This is significant to me because it proves that what we just spent four years doing does not have to go away and, in fact, probably will not. We were made for thought and action, truth and wisdom. And there are no better, lasting examples of that life than these tutors.

I have seen the changes caused in my classmates by the dangers and challenges each one has faced. I’m so proud of my class for sticking with it through the terrible storms. There have been many rough days and dark clouds. But we have never found these dangers sufficient reason for remaining ashore. Thank you for not remaining ashore.

And thank you all for coming to celebrate with us tonight.

About the Author: Emily Dunnan

Emily Dunnan graduated from Gutenberg College in 2019, and she was Gutenberg’s 2018 Søren Kierkegaard Scholar.

The Law of Suffering: Looking into the Face of God 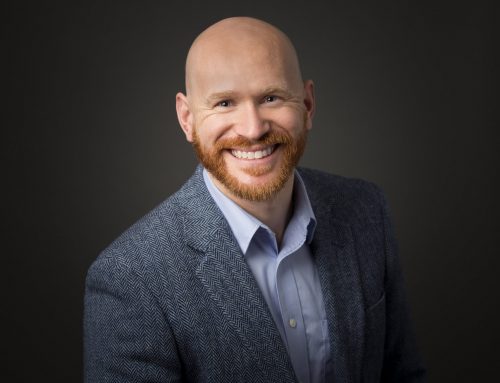 The Value of Latent Christian Literature